The Role of Water in the Contemporary World Politics 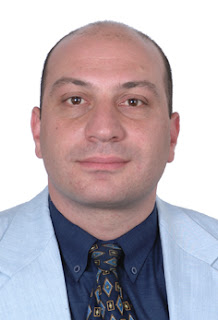 At the end of XX and beginning of the XXI century more and more attention is paid to the global problems of the water resources. This global problem is interrelated with the other global problems – political, ecologic and demographic. From one side, pollution of the environment causes the fact, that the sources of the drinking water are becoming useless for the consumption. From the other side, population growth in our planet is the reason of the emerging and strengthening its deficit.

The whole stock of the water of our planet is about 1,4 Billion km3. (Neidze, 2004) But, its biggest part is salted. Particularly, water occupies 70% of the surface of our planet, but almost entire part is coming to the salt – water - 97.5%.  In this case, the share of the fresh water among of the all available water resources is 2,5 % (Neidze, 2004).  It is concentrated mainly in the glaciers and therefore, it is predominantly inaccessible.  Thus, only 1% of the available water resources of the planet is accessible for the direct use by the mankind (Neidze, 2004).
At the same time specialist consider possible the consumption not only fresh, but even salted marine water. And they solve this problem by the transferring the marine water to the fresh water, however, it is rather expensive and accessible only for the economically developed states.

In this case, for a period of centuries, the volume of accessible (available) water resources in the world, practically have not been changed toward their increasing.
Main reasons of the causing the deficit of the water resources

The basic reasons for the strengthening the global scarcity of water are briefly examined below.

Population Growth.  Yearly growth of the World population is 80 million people, which creates an additional demand for the drinking water in the size of 64 billion m3 per year. Taking into account the fact, that 90% of the expected increase of the population by 2050 relates to the regions, which already have the problems with the fresh water, the situation can seriously be aggravate (Kegley, Blanton, 2011).

In the 20th Century, the population of the World was tripled from 1.6 to 6 billion people, in 2011, the number of the World population prevailed 7 billion people (Chitadze, 2017) and the area of the  watered  agriculture  increased from  50  to  267  million  hectares,  and  the consumption of water increased  for the six times – annually from 500 to 3 500 km3 (Gleick, 2000). The real shortage of water provokes the increased demand, connected, according to the estimations of experts and international organizations, with the demographic boom, by a change in the food ration by the large groups of population, by the development of industry and power engineering, by urbanization, by the popularization of the bio fuel. The factors, which reduce the volume of accessible water resources, include ineffective/rapacious of water consumption, pollution of water and climate changes.
Economic growth.
According to the World Bank prognosis, the global economy will grow by 2.8% annually in 2018-19, though this growth will be different in different countries.
Thus, together with the economic growth, it is increasing the consumption of water. For example, if in the old period, during the 24 hours, one person consumed 12-18 liters, XIX Century – 40-60 liters, in the economically developed countries daily consumption per person is 300 liters, in the big cities 500 liters and more (Neidze, 2004).
Non-equal distribution of water by the regions of the World
Freshwater resources are distributed between different regions and countries of the modern world are extremely uneven. Moreover, where there is an abundance of water sources - in Canada, the countries of the North Europe, Siberia, Alaska, most of South America - water demand is less than in regions where it is not enough, for example in North Africa, the Middle East, Central and South
Asia. By the beginning of the XXI century. 70% of the world's population lived in countries, where population experienced very severe water stress, i.e. acute deficit of water resources. After a quarter century, the proportion of people living in such conditions will amount to 80%.
Climate change. Among of all processes, which influence the availability of fresh water, this process – exogenous, and for the humanity has not been remained the different way, except adaptation.  A  climate change  aggravates the situation  both  in  the  traditionally  arid  regions  and  in  the  developing  countries of Asia: one of the reliable manifestations of a  global climate change scientists call a change in the water`s cycle (UN, 2009);  in  the  regions  with the  arid  climate the amount of precipitation will be reduced,  and with the moist –strengthened. The decrease of the area of glaciers moreover, directly effects on the volume of accessible water resources.
But the most visual influence of a climate change for the water cycle occurs through a radical increase in the number of the natural disasters. The natural disasters have a direct and destructive effect on situation with the water supply, they require additional investments into the steadier infrastructure and the creation of the special dams for the restraining of floods and reservoirs for the economy of water in the arid years becomes vital need for the majority of the countries. Within the period of 1980-2004, third of all-natural calamities were coming to floods (29%) and droughts (5%) (UNICEF).
Water as a reason of potential conflicts

Water scarcity negatively affects the quality of life of the ordinary people, interferes with the tasks of socio-economic the development of many of the world's poorest countries. As practice shows, the not-abundance of fresh water can cause both internal, and international conflicts. For example, the disputes about using the water resources of the Jordan River, are an additional factor which complicates the procedure for the resolving the Middle East conflict.

Both, Israel and neighboring Arab countries together with Palestine seek to secure a priority in using scarce of in the Middle East of water resources. In the countries of this region, as well as in many Asian and African states internal contradictions about the use of water resources often lead to fierce conflicts among interest groups, to the confrontation between population and official authorities.

Internationalization of previously purely inland river basins may become a prerequisite for the emergence of new conflict zones in the world politics.

Trans-border regulation.  The Source  of the  problems of  trans-border regulation is,  in the essence, the imposition of the political  map of the World on the map of the water basins.  On the Earth are located 263 international basins (such basins include those,  on whose  territory  are located  two  and more countries). In those basins is concentrated about 60% of  the fresh water  and by the  territory they  occupy half  of the  earth's surface. International  basins partially seize the territory of 145 countries and territory of 21  states completely  enters  into  the international ponds (Giordano, 2003).
Conclusion
To solve the problems of water scarcity the international cooperation on the global level is required. Since March 22, 1992 it is celebrated a World Day of water resources. In 1996, the World Water Council was established, headquartered in Marseille (France).
Once within three years, the World Water Forum, which is the next step in organizing cooperation on water issues is held. The goals of the Forum are not only in conducting discussions and developing provisions for solving water problems, but also in creating political obligations and mechanisms for international cooperation. However, here, just as in the solving other global problems, it is emerged a contradiction between universal interests and economic political and political priorities of individual states.

Popular posts from this blog

October 27, 2020
Conflict Between Azerbaijan and Armenia and Main geopolitical “Players” in the Region By:   Tamari Zuroshvili. Research Fellow at the Center for International Studies         Nika Chitadze. Director of the Center for International Studies   Historic overview During the consideration the Nagorno-Karabakh conflict, it is well-known that it was the first conflict which started on the post-soviet space in the beginning of 1988 when the council of Nagorno-Karabakh autonomous district declared about its separation from Azerbaijan soviet socialist republic and joining the Armenian soviet socialist republic. Ethnical clashes which started in the autonomous district of Azerbaijan later transferred to the inter-state conflict between Armenia and Azerbaijan as a result of the integration of USSR and taking into consideration the fact that in 1994 Armenia-Nagorno-Karabakh forces managed to establish control over the 20% of the territory of Azerbaijan. Particularly, control was established
Post a Comment
Read more

Several opinions about main reasons of the COVID 19 emergence. Myths and Reality

November 16, 2020
Geopolitical aspects of US Secretary of State Michael Pompeo's visit to Georgia        Nika Chitadze. Ph.D.       Director of the Center for International Studies       President of the George C. Marshall Alumni Union, Georgia - International and Security Research         Center       \ As it is known, US Secretary of State Michael Pompeo visits Georgia on November 17-18. He will hold meetings with the representatives of the Georgian government and the non-governmental sector. Mike Pompeo will also meet with the Catholicos-Patriarch in Tbilisi. Overall, it is noteworthy that in the aftermath of Georgia's restoration of state independence, the United States provided significant political or economic support to Georgia. In particular, under various programs, the total volume of financial assistance of the United States for Georgia has exceeded $ 4 billion. Given Georgia's crucial geographical location at the crossroads of Europe and Asia, the United States has its own
Post a Comment
Read more